The Gaelhawks are back for yet another season!

After a long year of Infinite Recharge from home, we are back in full force for this year’s game, Rapid React! On January 8, the Gaelhawks met for the first kickoff in two years, unifying our senior captains with our members of the future. Our build team, digital marketing team, and programming team have been working hard as our season begins.

The team met at an escape room at the Milford Mall for team bonding, which allowed the new members to meet and bond with the experienced ones. The tasks given in the escape rooms allowed for new and old members to collaborate and work on problem-solving skills as a team.

The build team has been hard at work brainstorming and testing different mechanisms. So far, they have built the prototype and began figuring out the best way to complete game tasks.

Digital marketing has had its own meeting, taken photos of the team working, working on updating our social media accounts and getting Shelton excited for the new game.

Here is the game video, if you would like to learn more about this year’s game, Rapid React! 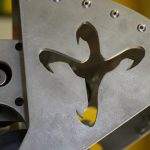 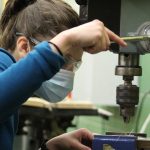