The Gaelhawks ended Week 3 with a finalized logo and t-shirt design, as well as an website update. In the workshop, the chassis was finished for the practice robot. The prototypes for the cargo and hatch intake were completed, but we still have a long way to go to reach our standards. Additionally, Shelton’s very own Girl Scout Troop 60001 and FFL Team “Persistence”, toured the Gaelhawks’ facility. Together they viewed build season progressing in full swing. The team also visited Intuitive Surgical for a demonstration of their robotics systems.

Such youthful inspiration is always a path towards great achievement, as echoed by the space venturing pioneers of today, inclusive of Elon Musk, Sir Richard Branson, and Jeff Bezos. Raised in the slums of South Africa, Elon Musk now runs one of the most successful commercial space venturing companies to ever exist, known as SpaceX. Commercial space venturing itself, still in its infancy, is heavily rooted in airliners and aerospace engineering. English entrepreneur Sir Richard Branson, creator and head of Virgin airlines, turned to space travel in the early 2000s. Virgin Galactic, as it was called, kicked off the new space craze. Recently in 2017, SpaceX manufactured and tested the first rocket with the ability to take off and land, virtually removing the issue of re-entry and space debris. Following this trend, famous figures such as Amazon CEO Jeff Bezos have hopped on the bandwagon to reach and conquer the final frontier. Hopefully following in such footsteps adults can expect a fruitful future. 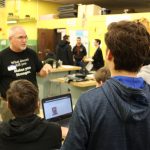 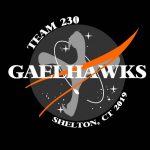