“The highly acclaimed film Hidden Figures, released in December 2016, was based on the non-fiction book of the same title by Margot Lee Shetterly, which was published earlier that year. It follows Johnson and other female African-American mathematicians (Mary Jackson and Dorothy Vaughan) who worked at NASA.” Mary Jackson was the first African American women to work for NASA as the first African American women engineer. ” Dorothy Johnson Vaughan (September 20, 1910 – November 10, 2008) was an African American mathematician and human computer who worked for the National Advisory Committee for Aeronautics (NACA), and NASA, at Langley Research Center in Hampton, Virginia.”

She later was promoted officially to the position. During her 28-year career, Vaughan prepared for the introduction of machine computers in the early 1960s by teaching herself and her staff the programming language of FORTRAN; she later headed the programming section of the Analysis and Computation Division (ACD) at Langley. “Katherine Coleman Goble Johnson (born August 26, 1918) is an African-American mathematician whose calculations of orbital mechanics as a NASA employee were critical to the success of the first and subsequent U.S. manned spaceflights.[2] During her 35-year career at NASA and its predecessor, she earned a reputation for mastering complex manual calculations and helped the space agency pioneer the use of computers to perform the tasks.” 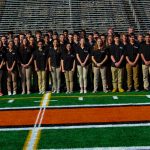 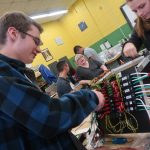