Today the Gaelhawks are working hard as the fourth week of build season comes to a  close. We have 17 days left until the time comes to bag and tag our robot, and every individual is doing their job to meet this deadline.

The awards committee has finalized the draft of the Chairman’s Award essay, as well as finishing up the Chairman’s’ mini essays. As the nominees for both the Woodie Flowers and Dean’s List Awards have been selected, the committee has also started to interview these individuals to draft the essays of the respective awards. In addition, the draft for the Entrepreneurship Award Essay has been completed and is open for suggestions. Overall, the awards committee shows no sign of stopping until all deadlines are met. 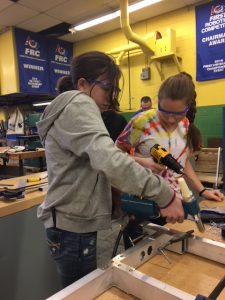 The media committee has been recording footage and taking pictures of the team’s hard work during build season. All the while they edit and post weekly videos, the most recent  being the Week 3 video. While it is a serious time in the season, the media team  always finds time to show the fun side of the team. In addition to the weekly videos, they have produced an MTV Cribs style video displaying the team’s workspace.

The electrical committee has completed a possible layout for the electrical board for the practice robot. However, due to changes in real estate on the robot, they are working to remodel the electrical board to fit to these new size constraints. In addition, a separate group is working hard to construct LED Strips that are to be mounted onto the competition robot. 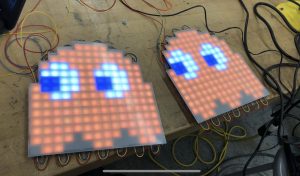 The programming committee is working hard to prepare code to test once the robots are assembled. Our claw, drive train, climber and cube lift are programmed. Changes may be necessary after testing on the mechanisms. The previous autonomous logic has been changed to a system of choosing an autonomous for each field orientation based on our strategy for the match, rather than having the robot decide for itself. The autonomous mode layout has been completed and is waiting to be  thoroughly tested.

The spirit committee has started creating robot heads and a button design to hand out at competitions. A possible team T-Shirt design is also being finalized, and the creation of the team sponsor banner is underway. Finally, letters have been sent out to our current sponsors to show them our appreciation. 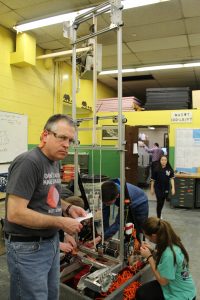 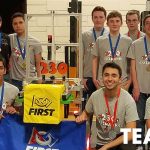